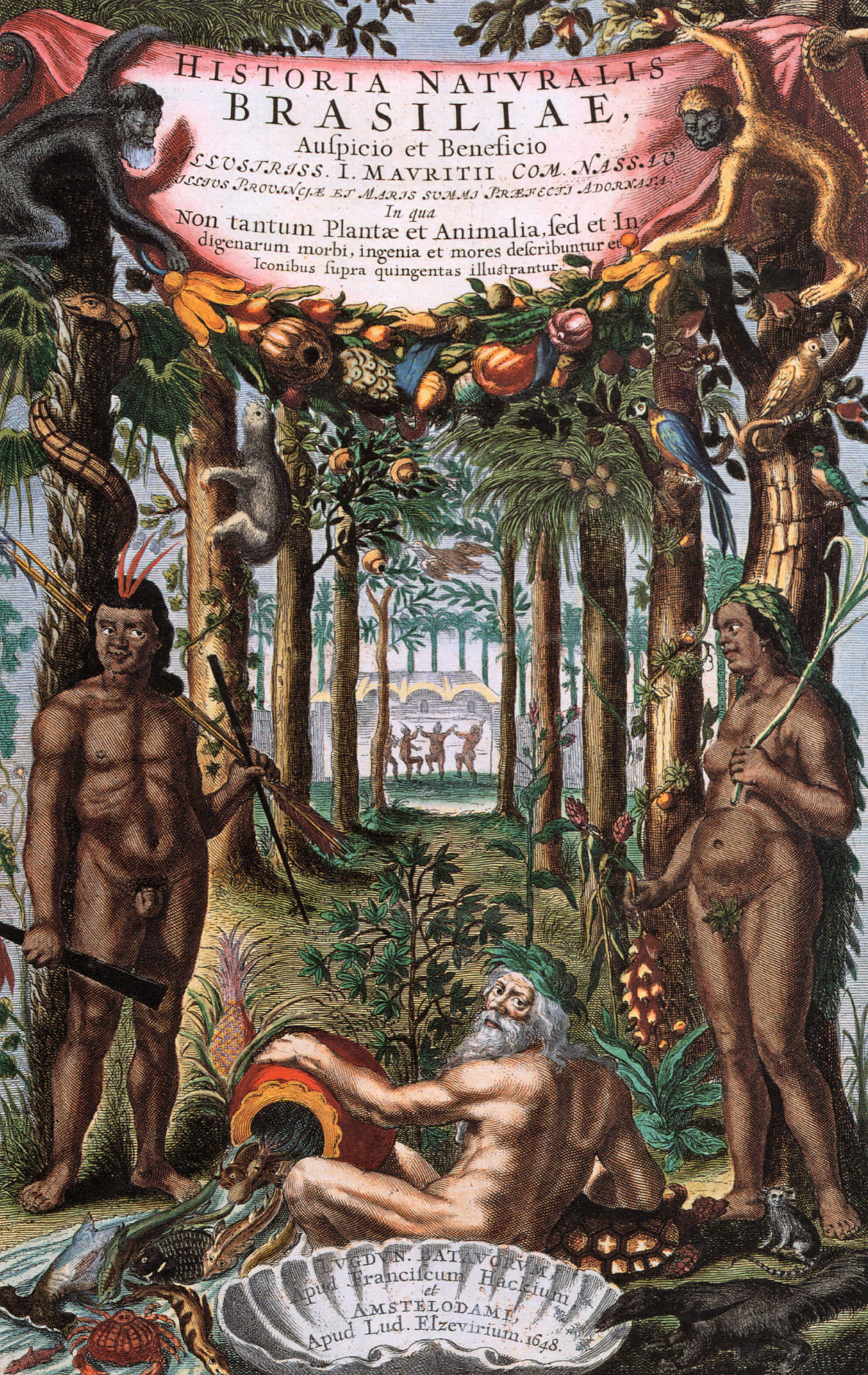 In 1638, Georg Marcgraf and Willem Piso arrived in Pernambuco to join the brilliant entourage  of the new Governor, Count Johan Maurits of Nassau-Siegen. In spite of their youth, both were alredy renowned  naturalists. The older of the two, Marcgraf, was born in 1610 in Liebstadt, present day Germany. In his university years, he had studied mathematics, medicine, botany and first of all astronomy. The Count built for him a real observatory and for his astronomical observations,  he was later called the First Astronomer of the Americas. The younger Willem Piso was born in Leiden, Holland, in 1611. He had studied medicine in France, then had returned to Holland and entered  the circle of the great geographer and humanist Johannes de Laet. Today he is considered one of the founders of tropical medicine.

During their stay in Brazil, they participated in many long  excursions to collect samples from near and far. Sometimes they were escorted by Dutch military officers , sometimes they joined the Brazilian and Tapuyas military raids against enemy Indian groups. They discovered animals and plants,  drew maps, made extensive observations of nature and also of the men inhabiting it. They also made  use of   the scientific institutions that the Count had built in Recife: a zoo, a botanical garden and a museum. The huge amount of information they gathered enabled them to write the first systematic  study on American nature.

But Marcgraf  wrote his notes in a personal, secret language that others could understand only with great difficulty. Probably, he meant to translate his notes when he got back to Holland, but died in 1643, in Angola while he was drawing a map of the Dutch settlements there. Piso, on the other hand, returned safely to Holland and continued to practice and study medicine.  Marcgraf’s notes were translated , ordered, united to  Piso’s ones,  and published in Latin by Johannes de Laet in Amsterdam in 1648 under the title of  “Historia Naturalis Brasiliae”,   “Natural History of Brazil”.

Latin was the common language of cultivated people of the age, the Republic of Letters, and the book had a big and lasting  success, possibly because, from the very beginning, the authors emphasized their own direct experience in Brazil and their great efforts on the field, unlike  the many armchair natural historians who never visited the New World and wrote their books at home in Europe, on the accounts of some travelers.

Very interesting, you’ll say. And, as ever, a bit of culture won’t do any harm, but what does  this have to do with us rum aficionados of the XXI° century? It does, and a lot.  Because in this book I found the smoking gun that I was looking for: the first historical evidence that in Dutch Brazil, before Ligon’s Barbados, they commonly distilled a strong spirit from sugar cane, our rum.

In my article “Wills, provisions and stills” published in the July 2014 issue,  I wrote that, as far as I knew, the first undisputable source about the presence of stills in Brazil is  in a Sao Paulo Will of the 1611. Well, the latin worlds destillatus ( destilled) and alembicum (still) clearly appear in the book, in a chapter dedicated to medicine and, specifically, to the treatment of worms. From the context,  it is quite clear that the use of stills was something normal,  and we already know that  Brazil was the largest sugar producer of the age.

This is very encouraging for our Quest, but it is not nearly enough. The use of stills for medical purposes is not the clinching evidence yet. It does not prove without the shadow of a doubt that stills were used also for distilling on a large scale the fermented juice of sugarcane, to be consumed for pleasure.

For this reason, I entreat you to be patient until the next, and last, instalment.

PS: I published this article on July 2015 in the “Got Rum?” magazine. If you want to read my articles and to be constantly updated about the rum world, visit www.gotrum.com