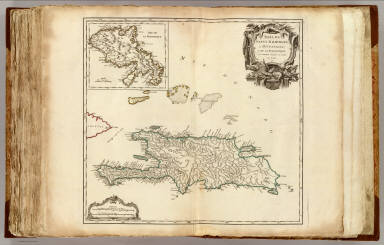 In this last article I will try to sum up the outcome of my research into the role of the French Caribbean in the first steps of commercial production of rum.

In the 1620s and 1630s, the French began to settle in the Caribbean. In those years, they had known America and its resources for well over a century. In particular, they had a long experience of  travelling to and trading with Brazil, the greatest producer of sugar of the age. And we know that in Brazil rum was already produced, at least from the beginning of 1600s.

When the French settled in the Caribbean, they already had a long and successful commercial experience of producing and exporting eau-de-vie de vin, water of life from wine, on a large scale. Or, to say it in another way, in the 1620s and 1630s the business of distilling had been well established in France for some time.

After this short historic introduction, here are some contemporary French documents.

We cannot be completely sure, though, that the water of life quoted in these documents was actually rum. Even before the Europeans arrived, the natives made various fermented beverages and the settlers drank them for want of anything better. We know that the Europeans distilled these beverages but it is probable that they also produced a spirit from sugar cane, that is, rum. Because there was sugar cane in the French islands.

Therefore, in two different French books, de Saint-Michel’s “Voyage des Isles Camercanes en l’Amérique” and Du Tertre’s “Histoire générale des isles de Christophe, de la Guadeloupe, et le Martinique et autres” , both published a few years before Ligon’s, we can find the earliest indisputable evidence of rum production in the Caribbean. Can we then state that the French were the first and that Barbados came in second? No, we can’t, not yet at least. There are other English documents in Barbados, older than Ligon’s book, but less clear, which ought to be studied thoroughly. And I don’t know whether it’s worth it, in any case it would be merely a matter of few years.  But now we can say with certainty that, in the race to grow sugar and produce rum commercially in the Caribbean, the French and the English got to the finishing line together. And that both learnt from Portuguese Brazil.

In our modern world the cultural hegemony of the English language is a fact. Moreover, for centuries the British were by far the biggest producers and consumers of rum. All this explains why the attention of academics, popularizers and enthusiasts has focused on Barbados and much less on Saint-Christophe and Martinique. But the historic truth is that the French Caribbean and English Barbados have been together the first cradles of rum.

But if large scale commercial production of rum started at the same time in the French and English Caribbean, why did rum later become a typically British spirit? In other words, why didn’t the French producers have the same success as their English neighbors and rivals? We’ll endeavor to find an answer to this question through a new research dedicated to French Rum’s Early History.

PS: I published this article on April 2019 in the “Got Rum?” magazine. If you want to read my articles and to be constantly updated about the rum world, visit www.gotrum.com