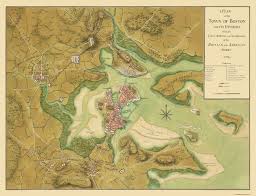 It is common knowledge that molasses can be transported easily, even over long distances, and this is the reason why it has always been possible to produce rum in countries where sugarcane did not grow, like the Continental Colonies.

This is basically true, but not entirely. Actually, when molasses is left in its natural state – low sugar – it ferments, producing alcohol but also gas and heat, and its volume increases. The first attempts to take barrels full of liquid molasses from the West Indies to the Colonies must have been a miserable failure. It was soon understood, though, that if it was made to concentrate, molasses – now high sugar – would not ferment. Thus the way was opened.

We don’t know with certainty who started to produce rum commercially in the Continental Colonies on a regular basis. I like to think that it was Thomas Ruck, from London, who arrived in New England in 1638. He was an enterprising merchant and then distiller too, about whom we know that in 1648 he was sailing to and from Barbados and had direct commercial relations with James Drax, that very James Drax who had played a crucial role in the so-called Barbados Sugar Revolution a few years before.

But let us stick to the facts. A thriving activity of grain distillation flourished in New England as early as the 1640es, alongside other manufacturing enterprises. The growth of distillation found a limit soon in the scarcity of the raw material, grain. In the meantime, however, New Englanders had developed close, direct trading relations with the West Indies – the relations between Boston and Barbados in particular were extremely strong – and they operated also as intermediaries in the thriving trade with the other colonies on the continent. And, as we know, they knew rum well.

Limited quantities of imported molasses reached the colonies perhaps as early as the 1640es, but it was not until around 1660 that New Englanders started importing it on a regular basis. For instance in the Inventory of the estate of a merchant of Boston in 1660, we read: “30 hhds. mallasses at 3li., 90li [and]3 hhds. Rum, 30li”. A small part was sold as a cheap sweetener, for those who could not afford sugar, and as food; it was in fact used as an ingredient in many dishes of the time. It was used to make beer too, even though it seems it was not very good. But most of it was distilled to make rum.

Therefore, in conclusion, we can safely say that, while the birthplace of American Rum remains as of today unknown, its cradle was surely Massachusetts Bay towards 1660. From this cradle the baby grew up to become a veritable giant. Figures, from such remote times, have to be taken with a grain of salt, but it is widely believed that in 1770 the Mainland Colonies, with maybe about 1.700.000 white inhabitants had more than 100 rum distilleries and a production of more than 4 million gallons of rum a year! Other more or less 4 millions of gallons were imported from the West Indies.

The consumption of rum and other alcoholic beverages became immediately high and many drank too much, until they were in a state of intoxication. So, local authorities soon started to worry and intervene heavily.

“The court orders that Robert Coles, for drunkenness by him committed at Roxbury, shall be disenfranchised, weare about his necke and soe to hange upon his outward garment a D made of redd clothe and set upon white; to contynue this for a yeare, and not to leave it off at any tyme when he comes amongst company, under penalty of X £s for the first offense, and V £ for the second, and after to be punished by the court as they think meete; also he is to weare the D outwards, and is enjoyned to appear at the next general court, and to contynue thise until it be ended.”

Maybe it is because I have just read “The Scarlett Letter” again, (what a great book!), but certainly it makes you shudder. But let us read our Peeke again:

“The prison found little occupation compared with the pillory and the whipping post. The latter was the common corrector of drunkenness. We have an amusing description of what constitutes drunkenness, from Colonel Dodberry: ‘Now for to know a drunken man the better, the Scriptures describes them to stagger and reel to and fro; and so when the same legs which carry a man into the house cannot bring him out again, it is a sufficient sign of drunkenness’.”

And, in addition to punishing the consumers, the inn-keepers were threatened with a number of laws and restrictive rules, among which one in particular struck me: as early as December 1661, an Act of the General Court of Massachusetts:

“Upon complaint of the great abuses that are dayly committed by retaylers of strong waters, rums, and &, both by the stillers thereof & such ad have in forraigne parts, this Court does therefore order, that henceforth no person or persons shall practise the art of stilling strong waters, nor shall sell or retayle any by lesse quantity than a quarter caske, and the same to be delivered, not at severall times or in severall parcells, but at one time …”

Here, from the very beginning of the history of present-day USA, we can notice the watchful imposition of one-sided moral values which manage to become the Law for everybody: “Promulgating laws had already become an American remedy for the ills of society and the weaknesses of the Flesh”, as the wise Charles W. Taussig wrote in the middle of Prohibition.

I may be wrong, but I think that the marks of this imposition can still be seen in the oddities, rules and regulations of American legislation on alcoholic drinks which quite astonish us Europeans. For example, the fact that many craft rum producers cannot sell their bottles freely to those who visit their distilleries frankly does seem incomprehensible.